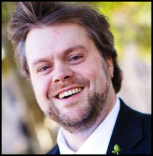 Dr. James Seay serves as the Director of Music and Arts at First United Methodist Church in Montgomery, AL where he leads a music program with twelve choirs and almost 300 participants. Dr. Seay is also the Artistic Director/Conductor of the Montgomery Chorale, a community choir with over 110 singers on the roster. The last couple of seasons have included such major choral works as the Mozart Requiem, Vaughan Williams Dona Nobis Pacem, and the Bernstein Chichester Psalms. In the fall of 2015, he launched a new auditioned ensemble, the Montgomery Chamber Chorale, which offers its own season of concerts specializing in chamber choral music. Before coming to Montgomery, Dr. Seay served as the Director of Music of FUMC Tuscaloosa for ten years where he led the Adult Choir in the 2010 Alabama ACDA Conference Concert. While in Tuscaloosa, Dr. Seay founded the professional chamber choral ensemble ETHOS which, in its first season, commissioned a piece, The Starry Night by Ola Gjeilo, and performed with the Tuscaloosa Symphony Orchestra.

Dr. Seay continues to serve as a guest conductor, clinician, and adjudicator for choirs in college, high school, and church settings and has served as a Répertoire and Standards Chair for the Alabama Chapter of ACDA. Dr. Seay also remains active as a performer of both opera and concert répertoire as a young dramatic tenor, and has been praised for his work as a versatile singing actor. He holds a Bachelor of Music degree from Birmingham-Southern College, a Master of Music degree from the Peabody Conservatory of Johns-Hopkins University, and a Doctor of Musical Arts degree from the University of Alabama.