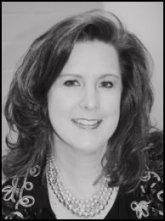 Melinda S. Doyle is Associate Professor of Music and Director of Choral Activities at the University of Montevallo, where she conducts the Concert Choir, University Chorus and teaches undergraduate choral conducting and choral methods. She led our 12th Festival in February 2020.

Most recently, she led the University of Montevallo Concert Choir on its inaugural summer 2015 European tour with multiple concerts in the Czech Republic, Hungary and Vienna. In summer 2018, they embarked on their second international invitational tour to the United Kingdom and France and performed at such venues as King’s College in Cambridge, Canterbury Cathedral and the Notre-Dame Cathedral in Paris.

Frequently in demand as a clinician and adjudicator, Dr. Doyle has conducted honor choirs at all levels. She served as the Repertoire and Standards Chair for College and University Choirs for the Alabama American Choral Director Association (ACDA) and has served in the same capacity as the High School Repertoire and Standards Chair for the Florida ACDA.  Dr. Doyle remains an active member of the American Choral Directors Association, National Collegiate Choral Organization (NCCO), Alabama Music Educators Association (AMEA), and Florida Music Educators Association (FMEA).