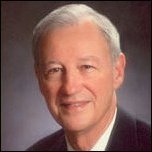 OTM Festivals thanks Dr. Milburn Price for his wonderful leadership in our 2015-16 season. Dr. Price is Dean Emeritus of the School of the Arts at Samford University, where he served as Dean of the School of Performing Arts from 1993-2006, conducted the Samford A Cappella Choir (1999-2006) and the University Orchestra, and taught conducting, voice, and church music courses. Prior to moving to Samford he served as Dean of the School of Church Music at The Southern Baptist Theological Seminary (1981-1993). He was also chair of the Music Department at Furman University from 1972-1981. After retiring from his full-time role as dean at Samford, he continued to conduct the Samford Orchestra and to teach one church music course each semester for five additional years. Since completing his work at Samford, he has served as Visiting Professor at Stetson University (2011-2012 academic year), Mercer University (2013-2014 academic year), and Mississippi College (2014-2015 academic year).

Dr. Price served as National President of the American Choral Directors Association from 1999-2001, after serving earlier as President of ACDA's eleven-state Southern Division. He was presented the biennial Award for Choral Excellence by the ACDA Southern Division in 2006 and the Thomas W. Smith Award for Choral Excellence by Alabama ACDA in 2010. Guest conducting and lecturing engagements have taken him to twenty-six states, as well as Australia, Brazil, Canada, England, Germany, Hong Kong, Scotland, Switzerland, and Russia.

In addition to his work conducting college/university and seminary choirs, Dr. Price has extensive experience working with community choral organizations. He conducted the Greenville Civic Chorale from 1967-1981 and the Louisville Orchestra MasterWorks Chorale from 1990-1993. Additionally, while at Southern Seminary he conducted the Seminary Oratorio Chorus, which included singers from the Louisville area in addition to seminary students.

Dr. Price has written text and music for several hymns, some of which have been included in the 1975 and 1991 editions of Baptist Hymnal, The Worshiping Church (published by Hope Publishing Company in 1990), and the Celebrating Grace Hymnal (2010). His choral compositions and arrangements have been published by Oxford University Press, Hinshaw Music, Harold Flammer, Genevox, Hope Publishing Company, MorningStar Music, Coronet Press, and Alliance Music Publications.

Dr. Price has been married since 1962 to his wife, Barbara. They have a son, Steven, a daughter-in-law, Catherine, a granddaughter, Shelby, and a grandson, Sidney.