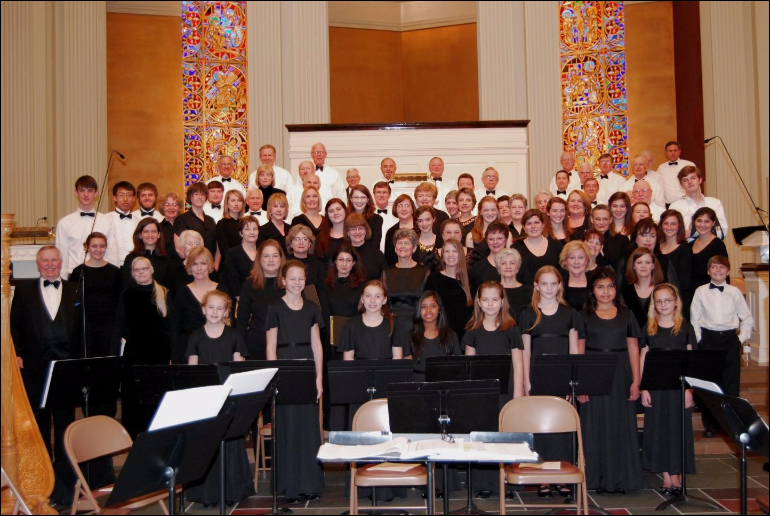 Our Festival '12 program took place Sunday, February 19, 2012, at Mountain Brook Baptist Church, under the direction of guest clinician Dr. Timothy Paul Banks. The presentation was entitled "Awake the Harp," taken from Haydn's Creation. Jamie McLemore once again served as accompanist and organist for the season.

Stephen Folmar served as pastor for Music and Worship at Covenant Presbyterian Church during the Festival '12 season, and has led music church programs for over twenty-five years in Georgia, North Carolina and Alabama, his home state. Prior to his tenure in church music, Stephen taught music at the secondary level in both the Fulton and Dekalb County,Ga. school systems as well as was a professional vocalist and multi-instrumentalist performing in various venues in the Atlanta area where he met, sang on stage with and later married Karyn, a professional singer and church soloist.

Stephen came to music early in life as a vocal soloist and instrumentalist in formative years. A voice major and Samford graduate in music education, he continued graduate music studies in voice and choral and instrumental conducting at Georgia State University while singing with the Atlanta Symphony Chorus, under the famed direction of the late Robert Shaw, participating in numerous concerts and recordings.

Stephen’s passion in choral music is to assist singers in communicating both text and musical expressions with beauty and clarity. He and Karyn have two children and two grandchildren and enjoy opportunities to spend time with them whenever possible.

Amanda Rabb Klimko spent 27 years as a music teacher and choral director in the Jefferson County School System. During that time, she taught music on the elementary, middle, junior and senior high levels. Sixteen of these years were spent as Choral Director at Hewitt-Trussville High School, where the choirs performed on many local, state, and national venues, including High Mass in the Basilica of the Shrine of the Immaculate Conception in Washington, D.C. Her choirs consistently received superior ratings in district, state, and regional festivals.