Festival Board of Directors 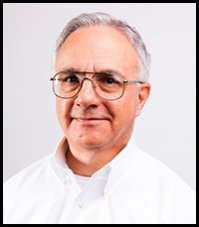 It wasn’t until he was about 40 years of age that Philip began singing in choirs; up until that time he had little use for sacred choral music. However, after learning his first sacred anthem, “Cantique de Jean Racine” by Gabriel Fauré, he was “converted.”  In the years following, he began to notice, with others, that as the culture was changing, so was the focus within many churches, their worship services and their choirs. Along with wise counsel and encouragement, Philip joined with about a half-dozen musically trained friends and helped give birth to a new community choral group, Over the Mountain Festivals. Now semi-retired, Philip has been married to Teresa since 1979 and has three grown children.

George Fritsma joined OTM in 2013. After graduating from Calvin College in Grand Rapids he enlisted in the Air Force and sang with church choirs in Wichita Falls, Detroit, and Chicago. He also sang in Trussville with the Messengers Southern Gospel Quartet from 2001–2013, and is now part of the Cahaba Springs Presbyterian Church Chancel Choir. George considers OTM to be more than a sacred music group; we are a spiritual community dedicated to each other and to praising God.

Dr. Albert Smith has served on our Board of Directors and Festival Planning Committee for several years. He currently holds the position of "Festival Shutterbug" having taken most of the pictures of our singers and rehearsals. When not shooting pictures, you’ll find him in the tenor section. He and wife Lynn are the proud parents of two young adult children, Adam and Christina. 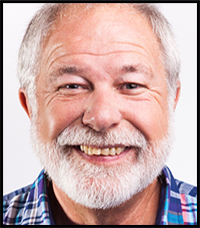 With that big smile on his face, you’d think John’s a tenor (not that basses never smile), but he sings in the low bass section. He learned about OTMF from a friend who sings with us. He enjoyed singing with us so much his first time that he talked his wife, Rosemary, into singing with us as well! A salesman of the first order, he has been an invaluable help in our past fund-raising efforts. 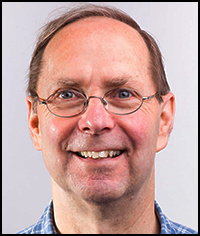 George moves from logistics to Board Treasurer in 2018. He is a veteran of OTM Festivals, having sung in its first concert in 2009. Soon after moving to Birmingham from Miami, Florida in 1977, George began singing with the Briarwood Presbyterian Church choir and, except for a brief time living in another city, has sung with them ever since. George recently retired from Wells Fargo Bank which gives him plenty of time for the honey-do’s that Janet, his wife since 1979, has for him. They have 3 adult children and 2 grandchildren. 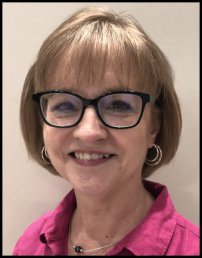 Anne is another of our founding members having sung in all of the festival concerts. She has always had an interest in music having taught public school music education, private piano lessons and church junior choirs.  Soon after moving in 1991 from Peoria, Illinois to Birmingham, she joined the Briarwood Church Choir for a few years and after moving to Alabaster, joined the choir at Evangel Church.  She has been a widow for eleven years. She and her late husband are the parents of two married children and have four grandchildren. 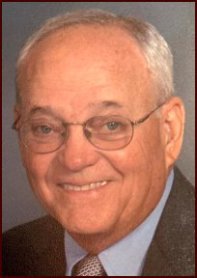 One of our founding members, Don Voss is currently serving as the Spiritual Care Director. His warm ways and quick wit endear him to everyone he meets. If he’s not here or there helping one of our team or a singer, you’ll find him in the tenor section. Don is a native of Michigan and moved to Birmingham after spending thirty years in Miami, Florida. He’s married to Joan and has two daughters and seven grandchildren. 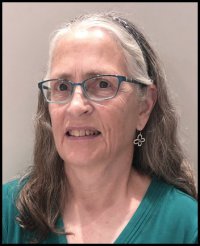 Ruth Dagnan is the Festival Admin Assistant and Hospitality Chairperson. She’ll probably be one of the first persons you meet when you walk through the door. While we are rehearsing, Ruth prepares a refreshment and snack table that is very grand! Ruth is one our few non-singers and does a wonderful job in making sure that the non-singing side of OTMF runs smoothly. She’s been married to John for over fifty years, has two children and four grandchildren. 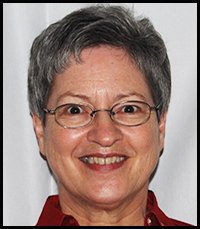 Jan hails from Florence, Alabama, but has been in Birmingham about 40 years. She was in the audience for the first Festival concert and knew then she wanted to be singing in the next one. She has sung in every concert since then. Though she has participated in church choirs since junior high, they were always small groups. Jan is a Clinical Laboratory Scientist who works at UAB. She and her husband Tim were married in 1982. They enjoy kayaking and birding. They have no children, but do have 7 rescued cats....(please, no more!) 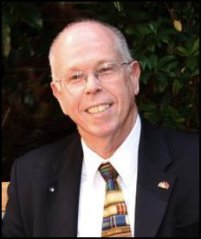 A Birmingham native, Rusty has been singing for most of his life. Starting with the Ruhama Baptist Church choirs, he continued with the Warblers Club of Woodlawn High School, the University Chorale at Samford University, Independent Presbyterian, and First Presbyterian, Birmingham. While on active duty in the United States Navy, he sang with Singing City of Philadelphia. He also met Beth, his wife of over 40 years, while in Philly. They have two sons - one a US Navy vet/one a US Marine vet—and a daughter who teaches school in Georgia. Rusty began singing with OTMF in 2017. Proverbs 3:5–6

Larry Farrow joined OTM in 2016. He has been singing with groups in the Birmingham area most of his life. Starting at Ruhama Baptist Church, Banks High School, Auburn University Concert Choir, Auburn University Singers, and the Lee Scott singers. Larry has been married to Sherry since 1978. They have two grown children and two grandchildren. 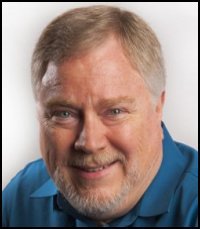 Dave is one of our founding members who has served as our Webmaster from the inception of the Festivals. Dave also lends a hand in logistics and pretty much whatever else needs doing. A longtime member of the Birmingham choral scene, Dave has sung with the Alabama Symphony for many years and served as President of the Birmingham Concert Chorale, the predecessor of the Alabama Symphony Chorus. He and his wife Trisha, married the last day of 1976,  have two daughters and five grandchildren.

Board of Directors Emeritus 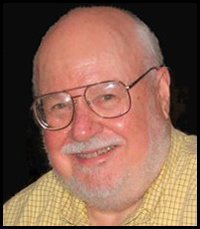 Board of Directors Emeritus

Gaston White has been a part of the Birmingham music community for over 50 years. Gaston is another founding member who first discussed the concept of Over the Mountain Festivals at lunch with Philip in the Spring of 2008. He continues to be an invaluable resource, advisor, and faithful friend of the Festival. Gaston and his late wife Eva have four children and four grandchildren.